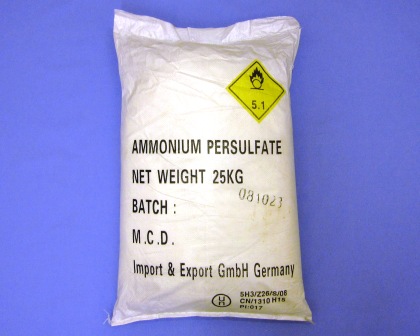 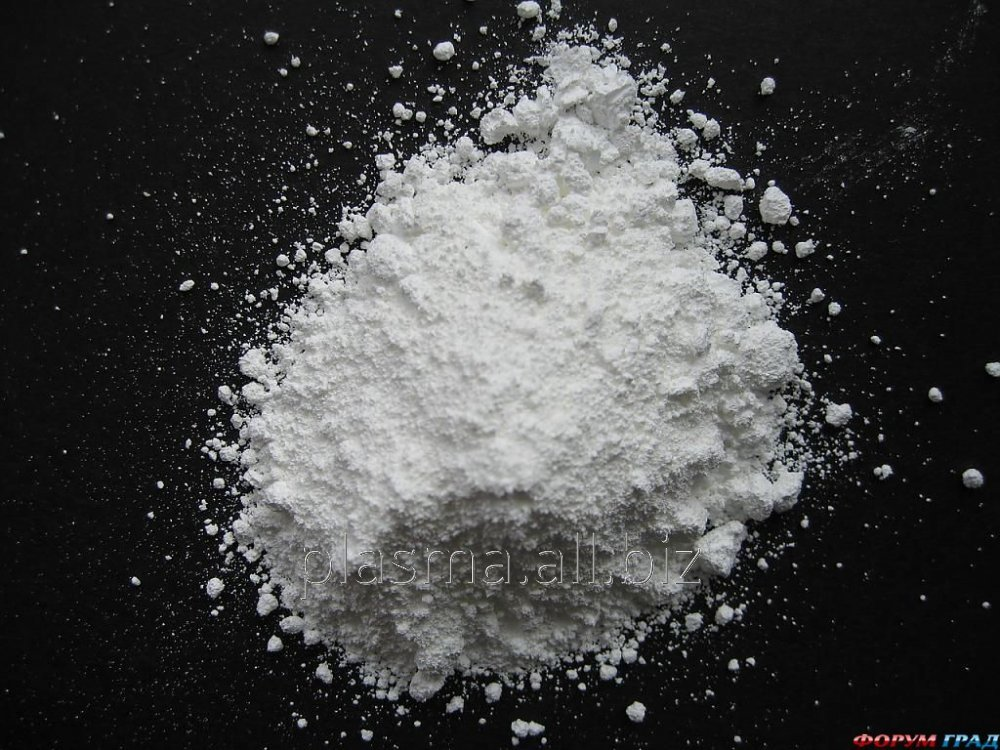 The minimum scope of supply from 25 kg

Ammonium persulphate represents colourless monoklinny crystals, well water soluble. The strong oxidizer is ammonium salt of peroxodisulphuric acid, in the presence of water decays with release of oxygen and ozone, in a dry form is stored beyond all bounds long. In the aqueous solutions acidified by sulphuric acid decays on ammonium bisulphate and hydrogen peroxide. At temperature above 120 °C decays on ammonium sulfate and oxygen.

The peroxodisulphate of ammonium is received electrolysis of saturated solution of ammonium sulfate in sulphuric acid.

It is applied as the accelerator of polymerization processes and condensation when receiving synthetic rubbers, latex and plastic as the initiator of radical polymerization at preparation of poliakrilamidny gels, when etching printed circuit boards as oxidizer in the photo as means to bleaching and disinfection, in electron microscopy as polymerization catalyst of the methacrylates applied to filling of cuts in analytical chemistry, etc.
In the food industry ammonium persulphate is known as food additive the glazing agent of E923 who is applied as improver of flour, bleach.

Contact with combustible substances is inadmissible since substance is strong oxidizer and reacts with combustible materials and reducers. Decays when heating with formation of toxic and caustic smokes, including ammonia vapors, nitrogen oxides and sulfur oxides.

On extent of impact on organism treats substances of the 3rd class of danger. Maximum allowable concentration makes 0,1 mg/m ³ in air of working zone. Substance irritates eyes, skin and airways. Inhalation of dust can cause asthmatic reaction. Repeated or long contact with skin can cause dermatitis, lead to allergic reaction in the form of urticaceous fever or shock.

Store in densely closed container, in the cool, dry, aired room separately from the substances incompatible under the terms of storage. The container has to be protected from bruises.

Shelf-life - 1 year from the date of production.