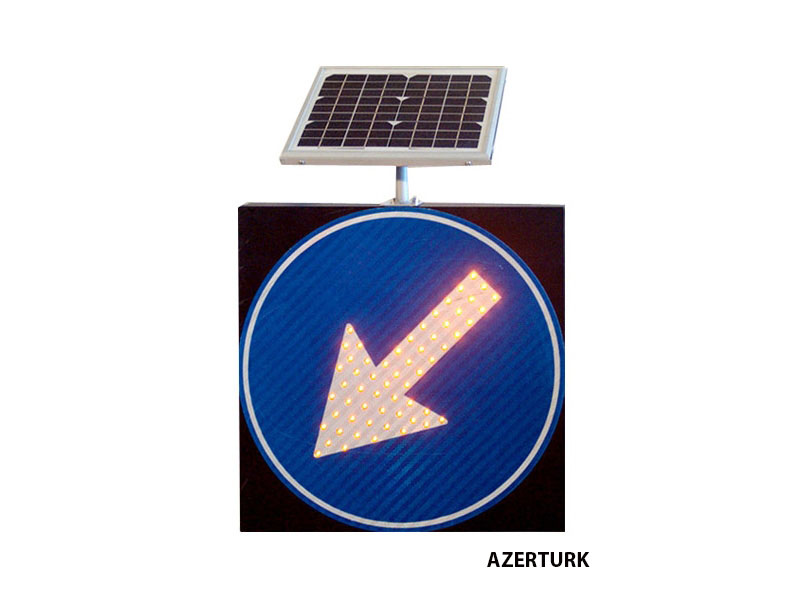 Are intended for the bright blinking indication of road signs and drawing attention of drivers of vehicles to a road situation on dangerous sites.
Autonomous food from own solar power station allows to operate LED road signs without connection to electric networks.
Steadily work at all territory of the Russian Federation and the CIS to 68 degrees of latitude.
Installation of LED road signs considerably reduces the level of the road accidents. The driver sees the LED blinking indication at distance and from different points of view that he allows it to make quickly the decision and to ensure safety on the road.

DEVICE.
The road sign on solar batteries represents a road sign with the blinking indication on superbright light-emitting diodes with autonomous power supply from solar mini-power plant
The design has a large supply of power of the solar battery and capacity of the accumulator for steady work in adverse conditions of high latitudes, the low-solar and cold periods of year
Road signs have low energy consumption, the raised resource, are steady against the hostile external environment, are unreceptive to vibration.
The solar power station and LED sign are established on a rack of a road sign.
The solar power station is established on a rotary arm with orientation to "SOUTH" and is fixed.
Execution – anti-vandal.

SCOPE.
Is established in places where access to the power supply network is complicated or is absent, namely:

SPECIFICATION OF THE SET: