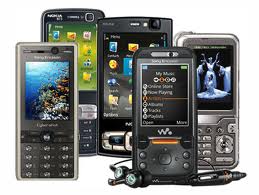 In stock
Reconfirm the price with seller
Anaris, Kompaniya
Azerbaijan, Baku
(View map)
+994
Display phones
Call
Products of other enterprises
Description
nbsp;The market of mobile communication is the most high-growth and changing. Changes and development happen as at telecom operators which began to offer gold numbers and bonuses for regular customers, and at producers of mobile devices. Rather big competition among mobile operators constantly urges on them for development and deployment of new services and improvement of a communication quality. Among producers of mobile phones there is still a big competition. Major companies monthly produce one or several new models of phones, and updating of all model range happens practically in one year.
Many operators besides direct rendering communication services are also engaged in sale of the "branded" mobile phones. Such phones can be bought for rather small money, however at the same time phone will work in a network only of one operator. Wishing to acquire beautiful numbers from other operator, you will find out that it is simply unreal. There are ways "untying" from the operator of such phones, however in house conditions without use of the special equipment it is almost impossible.
Functionality of the mobile phone is in direct dependence with its cost. However there is a basic set of functions which allows to use rather effectively even the budgetary phone. Reception and sending text (SMS) or multimedia (MMS) messages, existence of GPRS (a possibility of Internet connection), existence of standard interfaces of data exchange between devices (infrared port, Bluetooth) belong to such functions. Besides the possibility of connection of the mobile phone to the personal computer by means of a DATA cable allows to make automatic updating of the software of phone, and also to create backup copies of contacts and other information.
Contact the seller
Mobile phones