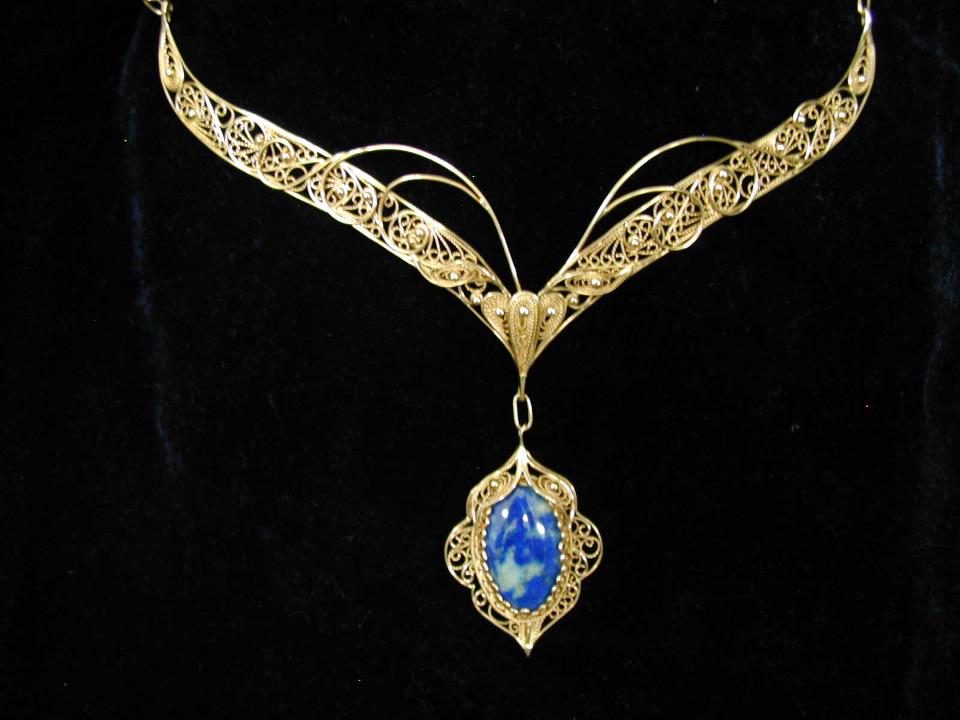 The first jewelry arose in an extreme antiquity. Current scientists hardly guess that for the primitive person it was more main: jewelry or clothes. The English expedition to Asia Minor found the remains of the ancient woman relating to a paleolith. Remains of the woman were ornated by a beads and bracelets. This find became an example of the refined woman supplementing the clothes with abundance of jewelry. Throughout centuries the mankind developed, and with it history of jewelry developed.
History of emergence of a necklace is also old, as well as the Universe. At all times all people, especially weak half of mankind, tried to decorate themselves, to stand out from the crowd, to show identity. The primitive person carried bones, polished stones and teeth of animals. Eventually, custom to decorate itself changed a little: people began to wear jewelry from natural stones and precious metals.
Usage of Ancient Russia give a set of pretexts to reflect. Today, for many people visits to jewelry stores became a usual thing. However several centuries ago in Russia it was the whole ceremony. Long before the child's birth on a family council decided what ornament it awakes to carry after the birth. Quite often it were the string of beads or a fine beads.
The necklace from all other women's jewelry supplements an elegant dress, emphasizes contours of a female figure, especially if they are picked up with taste and are combined on style and color. It is known what in the 18th century of a necklace was a separate type of jewelry. In old times skillful jewelers made the whole series of necklaces of gold which supplemented and decorated with different suspension brackets from jewels.
To choose a suitable necklace - difficult process, this whole art which demands from the buyer of observation and good taste. The distinguished necklace with valuable stones will be by the way with festive clothes: evening dress or suit. The precious necklace is necessary when the lady wants to rivet attention on herself and to make good impression on guests. The classical necklace best of all will approach with a business attire and will be to the place and at business negotiations and meetings. The original necklace of colourful design will approach in an informal situation, it will help to emphasize the line of a decollete in a dress from the radiated fabric.
Contact the seller
Necklace gold