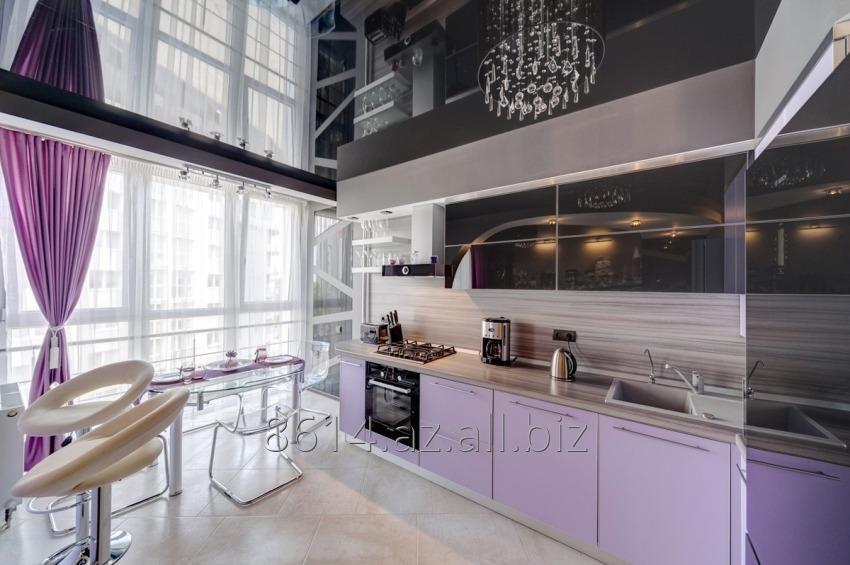 Stretch ceiling call the film (polyvinylchloride) tense on the area of the main ceiling strong by PVC. It has all those necessary properties and characteristics which the materials used for production of ceilings have to possess. The stretch ceilings made on the basis of film PVC often still are called film.
The film which is used for stretch ceilings has to be made of environmentally friendly material, to be strong, to have uniform coloring and structure. All these qualities are inherent in PVC a film, and ceilings on its basis are very popular as in our country today, and abroad.
The stretch ceiling from PVC of a film differs from a usual ceiling in ideally plain, uniform surface – the film hides all defects which overlapping has. The main advantage of such ceiling – a surface on which the film will stretch does not demand any difficult preparatory work. Installation usually takes no more than three hours.

It should be noted that at installation of ceilings use such PHV property of a film as plasticity - when heating to 50 degrees With it changes the sizes. Therefore the ceiling is made taking into account its future shrinkage, that is the size of a panel is slightly less than the area of a ceiling. In the course of installation the cloth of a stretch ceiling of PVC of a film heats up, fastens, and after shrinkage the ceiling has an ideal tension.

Contact the seller
Stretch ceilings of any complexity. Dartma Tavanlar