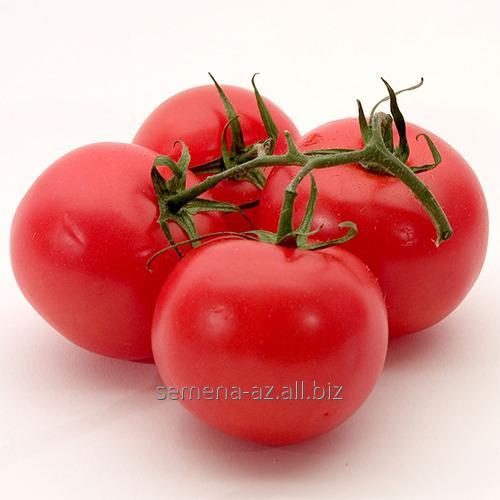 In stock
Reconfirm the price with seller
Call
Seller
AZSEEDS
Azerbaijan, Baku
(View map)
+994
Display phones
4
4 years on Allbiz
Technical characteristics
Description
F1 SIEVE The interesting offer which incorporated the excellent density of fruits, ability to long storage and transportation. The plant strong, has short interstices - forms the first brush behind the 5th leaf, the subsequent through each 2 leaves. Fruits are bright red, have no green spot, roundish and with high tastes. The powerful root system allowing to transfer stressful conditions and to give steadily high productivity.
Maturing term late
Average weight is 180-220 grams
CLAUSE - the selection company which makes and sells innovative seeds of vegetable cultures for the professional market. The company has more than 200 years of experience. It I lyatsya by the leader in the vegetable market of France, and also the N°1 company around the world on seeds of a melon and N°2 on a cauliflower. The corn, tomatoes and pepper of the CLAUSE company also take worthy places in the international market. In 2008, the CLAUSE companies (France) and HARRIS MORAN (USA) united together under international the name HM-CLAUSE in group business of Qmpany Limagraip which is the agricultural cooperative specializing in production field, vegetable and grain crops. The Umagraip group of companies is founded and is operated by farmers, is the first company in Europe and the fourth the largest company in the world on production of seeds. Specializing only in vegetable seeds, HM-CLAUSE takes the fourth place in a world rating of the similar companies. In 2012 commodity turnover of HM-CLAUSE made 234 million euros, the staff makes more than 1500 people. 25% of staff of the company are involved in the Centers of scientific researches and developments where 16% of investments of the company arrive.
In the HM-CLAUSE company there are two biotechnological laboratories, 13 scientific centers and 9 selection stations which are fundamental in the choice of selection achievements on 2Z to various cultures. HM-CLAUSE constantly works for development of selections which are urged to bring successto vegetable producers around the world.
Similar company products
Contact the seller
Tomato tall Zita F1