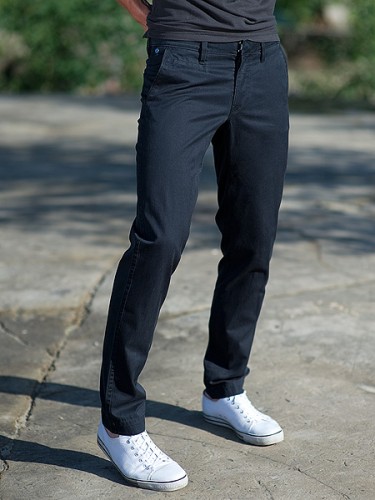 Products from producer
In stock
Reconfirm the price with seller
Seller
Bakı Tekstil Fabriki
Azerbaijan, Baku
(View map)
+994
Display phones
Call
Technical characteristics
Description
If you believe that trousers or shorts were the very first piece of men's wear, then you are mistaken. Capes, the shape closest being to women's dresses were the first men's wear, after a loincloth, certainly.
The man's fashion did without trousers up to the beginning of the period of a decline of the Roman Empire.
Trousers were the invention of a new civilization, barbarous tribes, and first men in trousers were a laughing stock. However gradually, men's trousers extended across all Europe, and marked division of clothes on man's and female. Exactly from now on it is possible to consider that the dress became purely women's clothing, and trousers - man's.
Originally men's trousers were very narrow, fitting, so-called trousers stockings. Then there were wide short men's trousers, and the classical length of men's trousers to foot was created in the 18th century in France. These long men's free trousers were called drawers. About one today the man's fashion does not change this form of men's trousers any more.
Contact the seller
Trousers man's MTP049

We recommend to see
Trousers
Men's breeches
Jeans for men
Send inquiry
Buy
Contact supplier
Your question has been sent successfully
Consultants of the shop typically answer questions during the day.